Written by Aidan Hamade
Updated over a week ago

The Activity Feed gives you a preview of upcoming payments as well as an overview of activity from the past. Scroll up to view historical Payments, Purchases, and Sales. 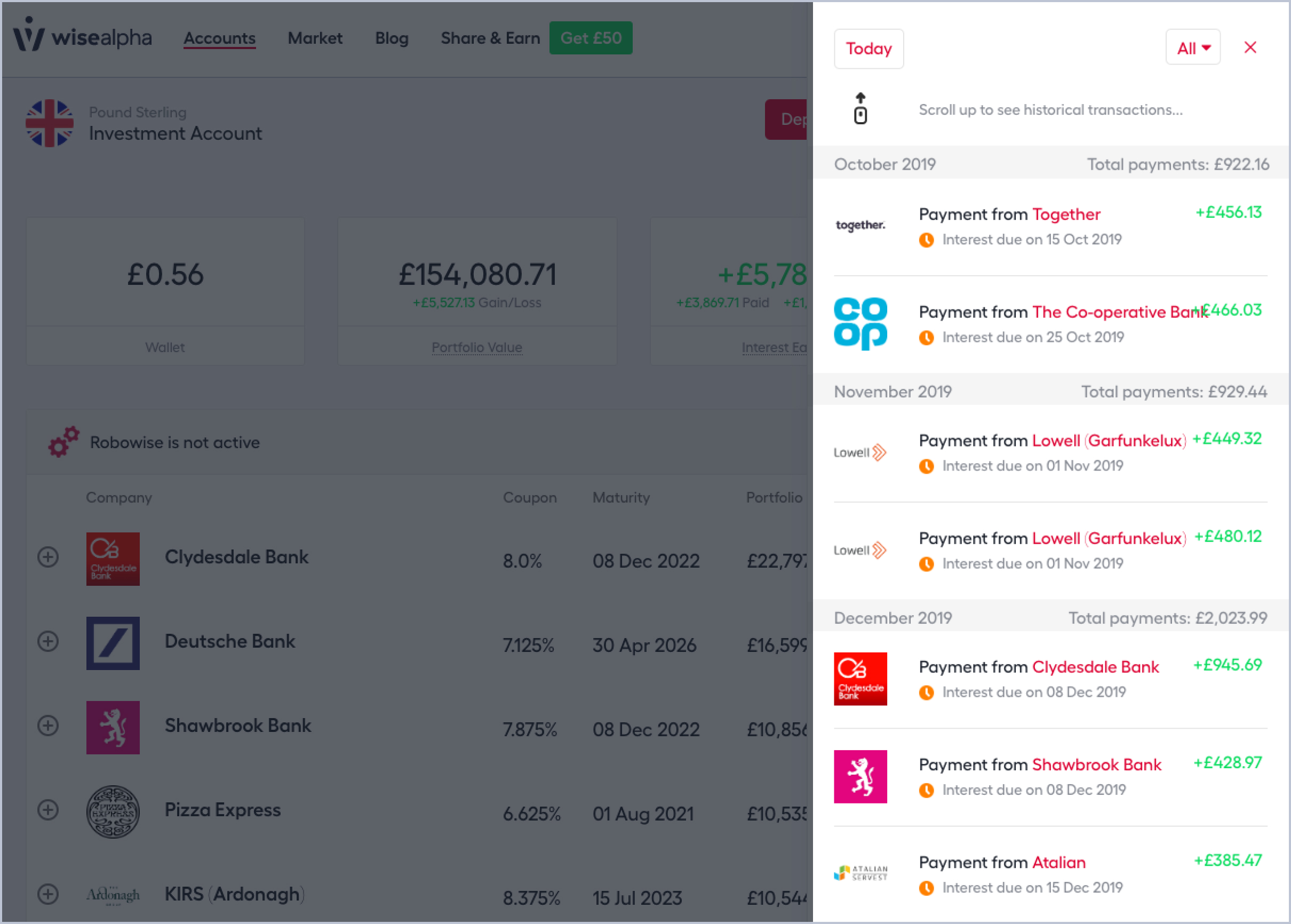 For example if you purchase a Fractional Bond that pays semiannually, five months into the coupon period, then you will pay five months of accrued interest to the seller. A month later you will receive a full six month coupon, and thus have earned one month of interest.

That's why Interest Earned and Paid that's shown in the Dashboard varies from the interest payments displayed in the Activity Feed. 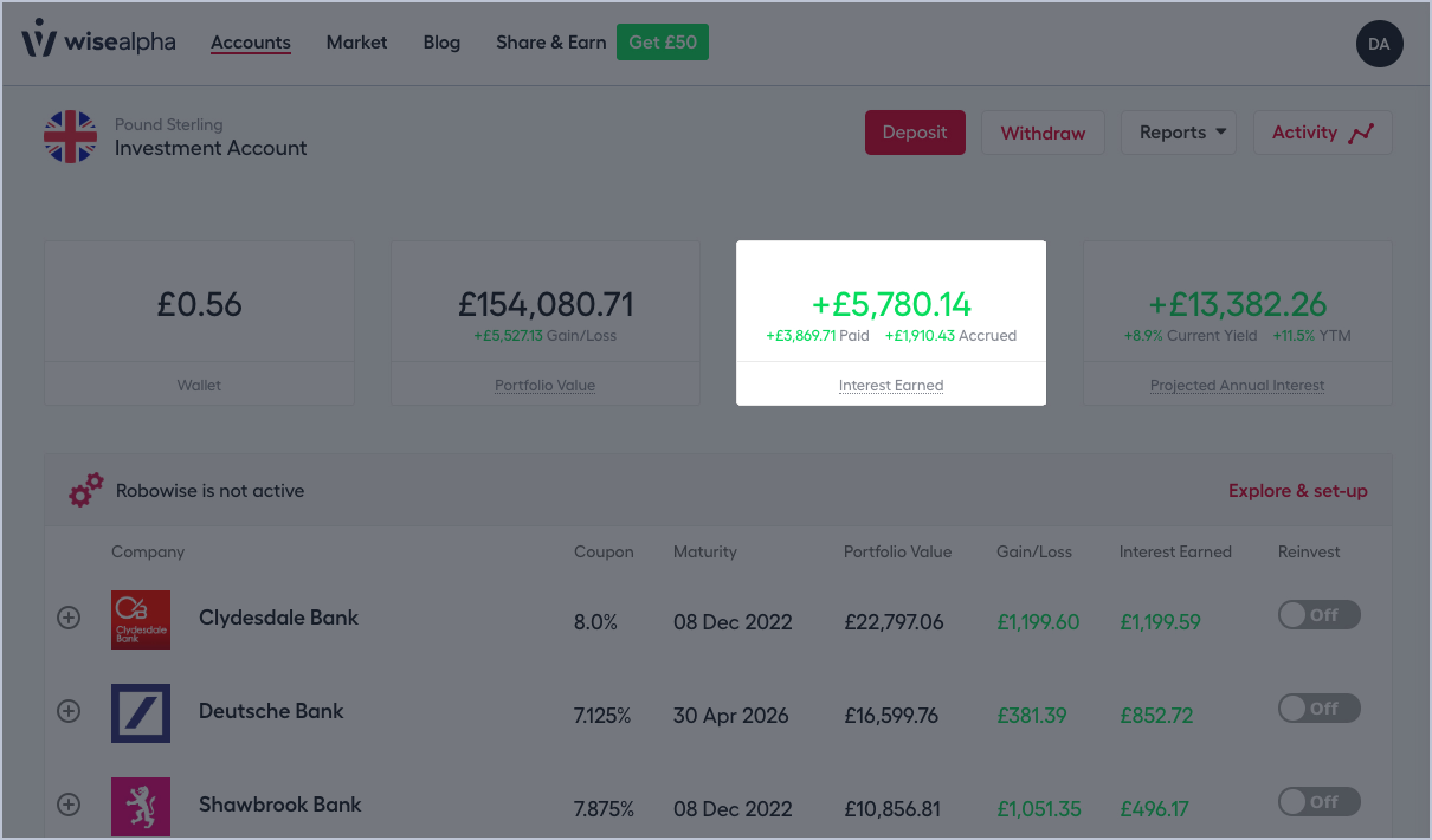 Interest Earned and Paid that's shown in the Dashboard is equivalent to the Gross Interest Paid reported on your Income Statement except that the Income Statement includes both current and closed positions (the dashboard only shows current positions).

Did this answer your question?